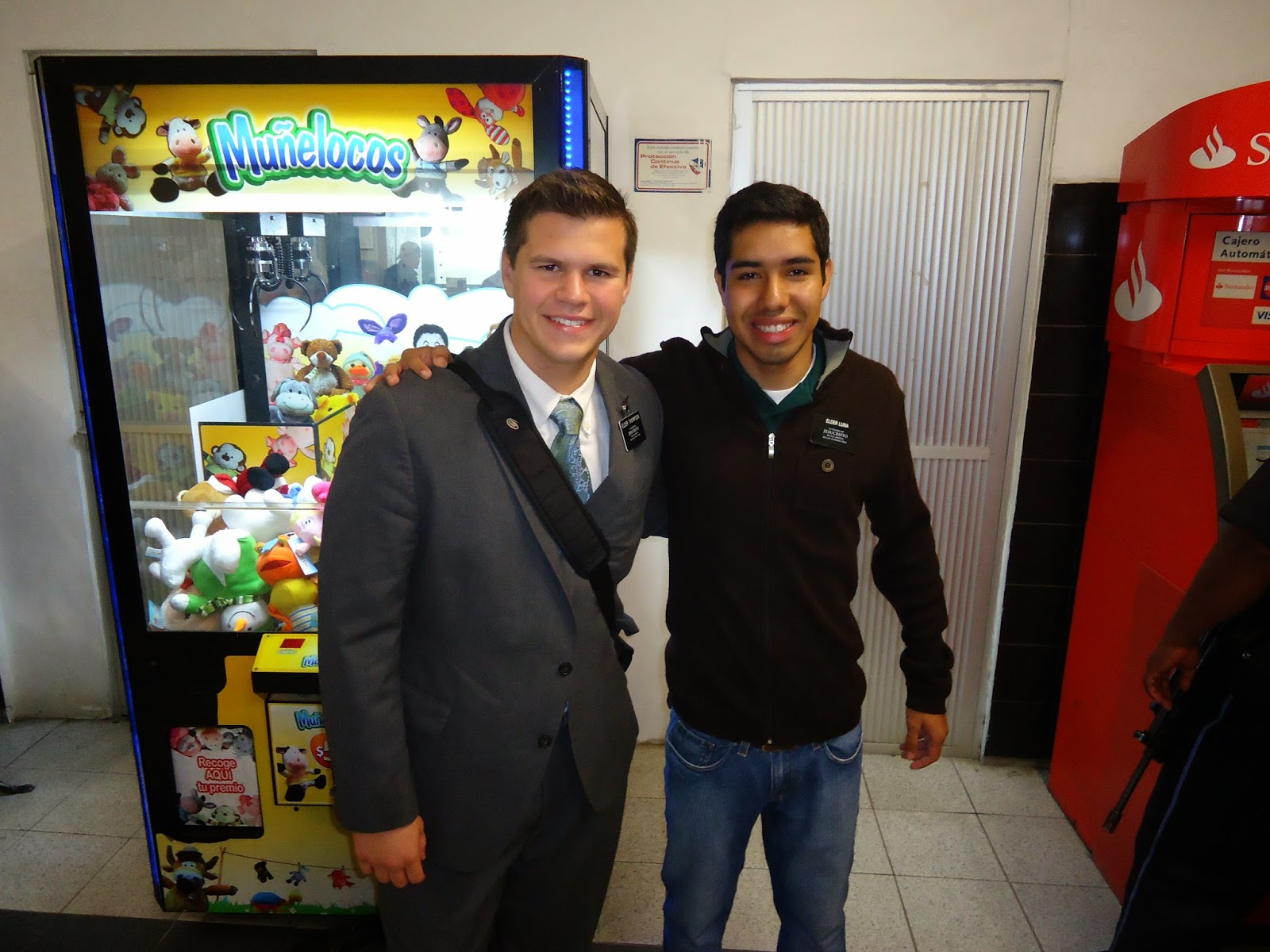 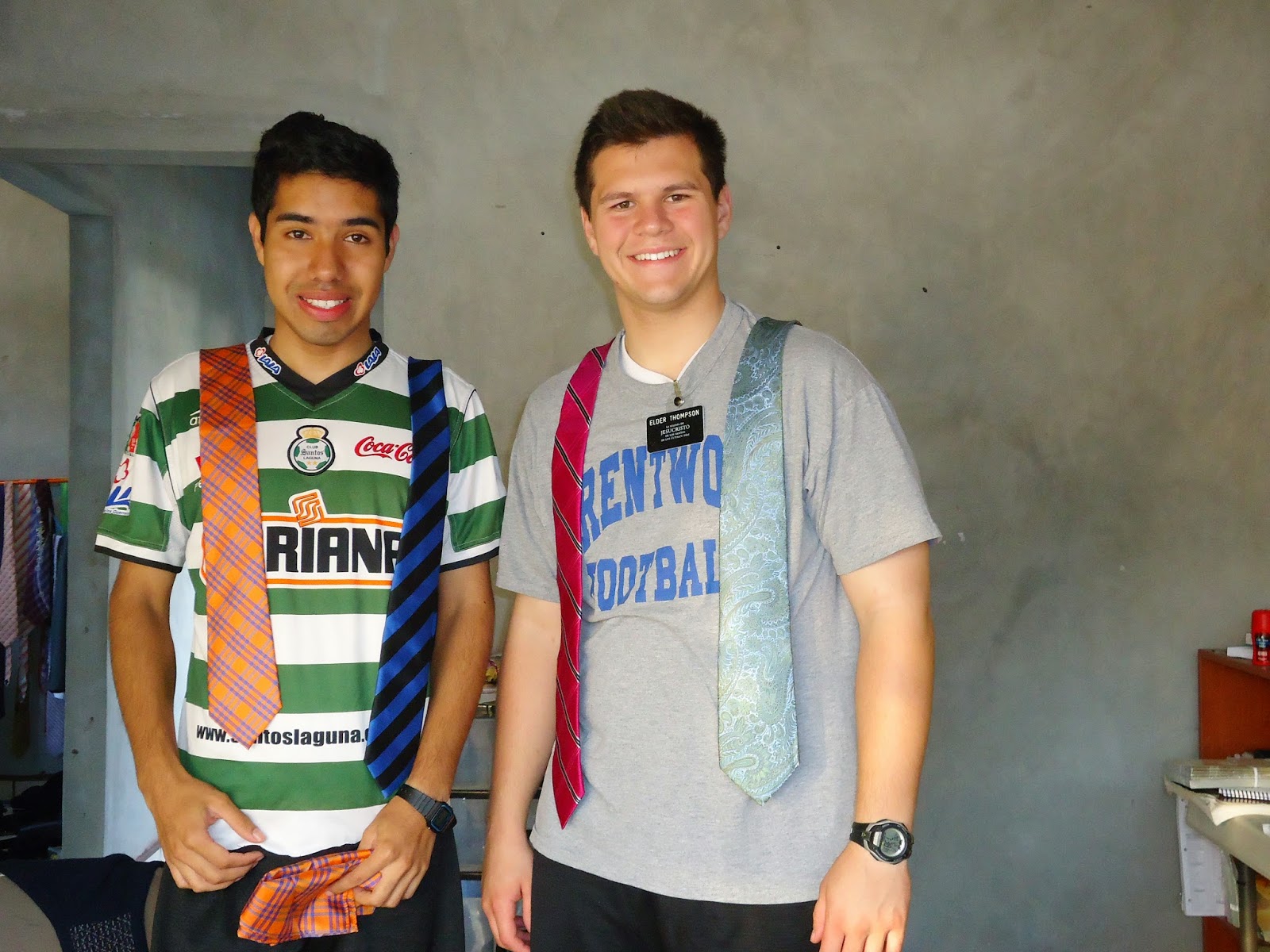 These photos are from my last area, in Tuxtla, with Elder L, and our Christmas ties.

Sooooo..... There’s not really not much to write this week. Other than my experience with the “Vickies”.

Also if you don’t get my joke in the title of this email then we’ve got problems. You don’t have to like these movies (Star Wars, A New Hope), but you at least have to have seen them.

This week we found 11 new investigators. That’s absurdly high. I know we were guided by God to find these people, and you will too, when you hear my story.

One morning we went to go talk to this one member who doesn’t attend church very much. He is a taxi driver. He told us that we should go visit Vicky, who lives in a blue house on the corner by a paper shop. We went. The blue house on the corner said no Vicky lives here, but one does live next door in the green house. We went. A woman opened the door. We said we were looking for Vicky. The woman called into the house, “Mom, your brothers are here!” And then out comes this old woman. “You’re Vicky?” we asked. She says yes. We say, “Hi we’re here from the taxi driver, you know him?”  She says no. We ask, “When did you stop going to church?”  (Because the taxi driver member told us she’s also a member of our church.) She tells us that she stopped a going a few years ago when her husband died, but she stopped going to a different church. She’s never even heard of us. We asked if we could share a message. She says she figures that we were sent from god, because this is just too weird to be anything else. So we teach an uber short lesson. Then we invited her to pray. In the middle of the prayer, the spirit hit like a tidal wave, and tears started to pour down her face. She had her answer, she knew it was true. So then we left, but as we were leaving, she told us that maybe the Vicky we were looking for lived two houses up.

So we went, talked with that Vicky (the second), and she told us another Vicky (the third Vicky) lived next door. Well, we sat down and taught the second Vicky and her sister and their neighbor. They all became new investigators. Then the third Vicky came, and agreed to be taught on another date. And then she said that a fourth Vicky lived another block down, and maybe that was the Vicky we were looking for, since none of the first three were the one we were looking for. We didn’t go to look for her because we didn’t have time, but we did tell our zone leaders about the “Vicky” experience. After, they were knocking on doors in their area (a different place than ours), and found a Vicky!!! In short, I know that we were led to them. The next day, we taught the daughters and granddaughters of the first Vicky that we found, and they all accepted the restored gospel of Jesus Christ, are now reading the Book of Mormon, and everything.

This was not my only experience of God guiding our footsteps this week. It happened very obviously a few other times this week, but I don’t have time to recount.

Well, I love yall, Merry Christmas and Happy New Year, and don’t forget why we celebrate Christmas!
Posted by Cordell Thompson at 5:35 PM