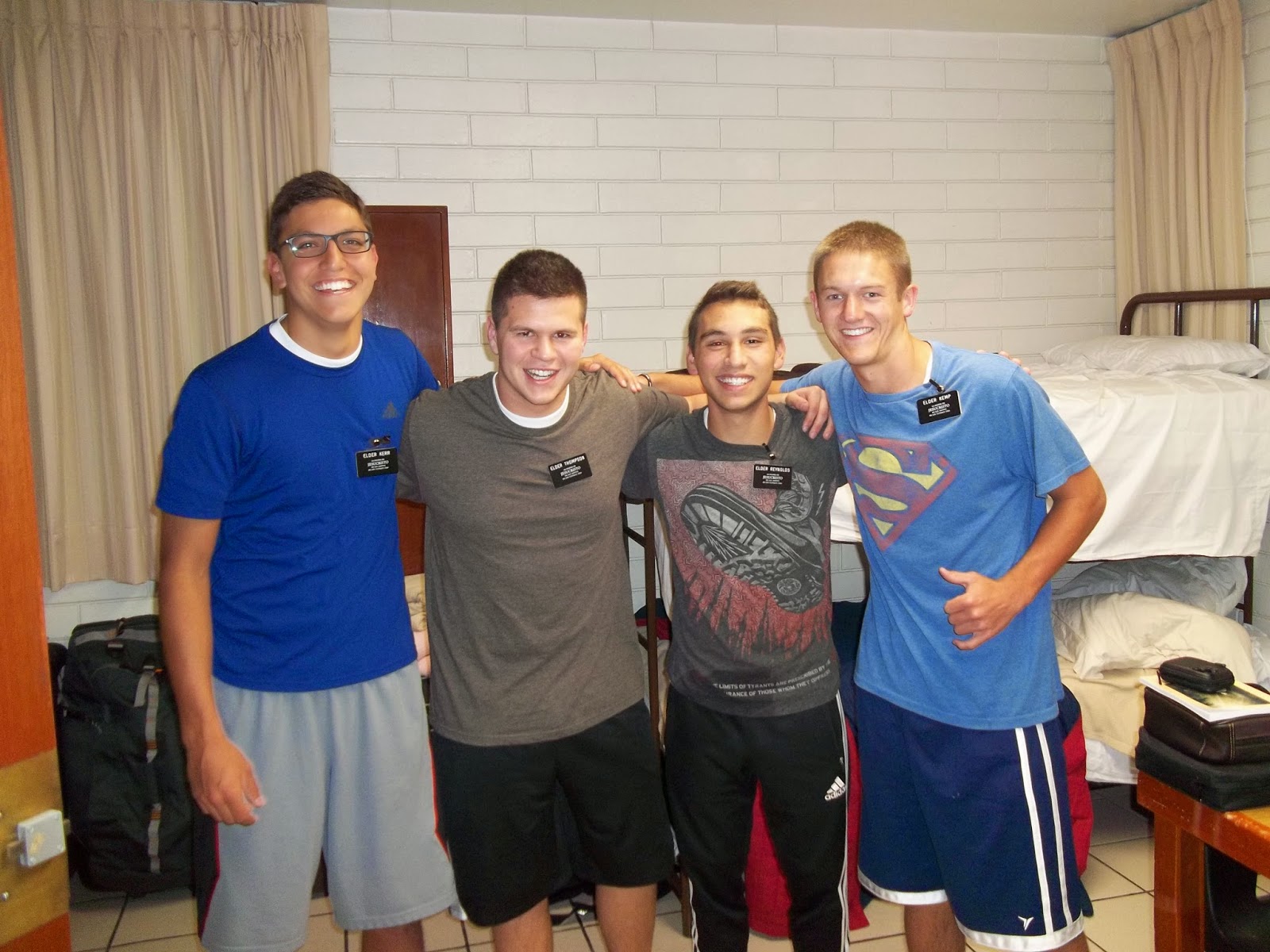 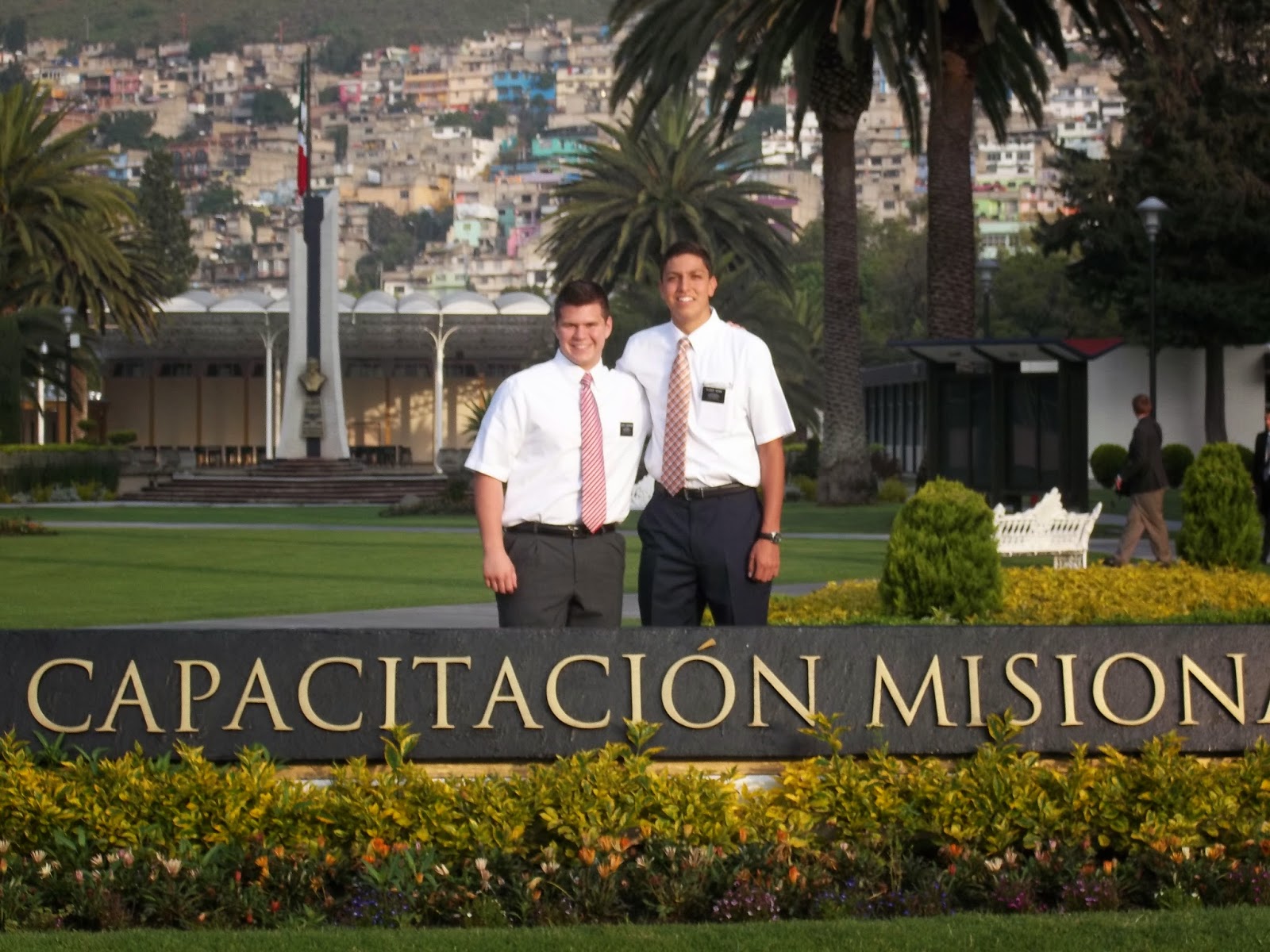 Hey all,
So, first off, my P-day is thursday. We only have one hour. This keyboard is super funky.
So i got into the MTC (here its the CCM, but I still am not really sure what it means in Spanish) a little late, because they lost my luggage in Houston. But all went well and I DID eventually get there. For those of you who don't know, the MTC/CCM is the missionary training center, where we go to learn to teach and, in my case, to begin learning español. Es muy dificil. The food here is actually usually pretty good going in, though not so much on the way out.... The first few days here were the most boring thing on earth, but then it picked up and now they literally fly. My companion is Elder Kerr. He's from Minnesota. He's not quite fluent, but can understand almost everything anyone says and can say almost anything he wants.... so lucky. I am fortunate to have him, because even though my Spanish is rapidly improving, it's still pretty terrible. I can understand if people ennunciate well, but if they slur their words, like they say that they will in Veracruz, then I am instantly lost. But I know that God is helping me learn, because there is no way that anyone like me can walk in here and after a week, have the vocab level of a kid who has taken Spanish in school for like, four years. Grammar is the hardest part because they expect you to learn it on your own with all the resources that they give you, but it's okay, I'll get it eventually.
So here in the CCM, the missionaries are split into districts based on language and location of their mission. My district is definitely the best. Our district leader is Elder Roberts, you can check out his blog by googling mexico veracruz mission blogs.
Our days pretty much go like this. Wake up at 6:30. Shower. Breakfast, personal study time where we study the scriptures in our native language. Then class time with our district's teacher, Hermana Sierra. Then we have additional study time, where we can study whatever we want, which for me is usually Spanish. Then lunch, then this program called TALL, which is basially a church-built language-learning program, and it works pretty well. Then we have gym time, where I usually go play soccer on an outdoor fenced-in basketball court. I play wing and so whenever anyone comes down my side I just take the ball. After that we eat dinner, then we teach a practice investigator. It's hard to teach them because I know that it's  just role-play, not real, but we do our best. Then we go to bed at 10:30. Or try to. Me and my roommates get along way too well. We are usually up till about 11 to 11:30 being slaphappy and laughing about something stupid till we cry.
Anyways, the Spirit of God, or the Holy Ghost, is really strong here. You feel it all over the place. I've had probably a dozen experiences in the past few days where I have realized once again that I'm out here because the Gospel of Christ is true and the priesthood is restored.
talk to yah again in a week!
Elder Thompson
Posted by Cordell Thompson at 10:11 PM