So this week was cool!

We worked a TON and had almost no success. But that’s OK, we’re working and when you work til you can’t anymore is when the miracles happen. That’s something that I’m learning. It’s about the grace of God. When I first got here, it was sooooo hard. But now? It’s still hard, but I dunno. Things are changing. I’ve been made a LOT stronger emotionally and spiritually. It’s just not that hard anymore.

My Spanish is good. I will be fluent in 3 more months, I bet. Right now it’s all about learning figurative speech, which is way different in Spanish.

This week we should have my first baptism!!!  I’ve had so many experiences that I wouldn’t trade for anything. The family is a family of five, the father, mother, son, daughter, and another son. We’re going to baptize the mother and two older children. The youngest is about 3, and has some sort of serious disability. The father is in a different part of Mexico right now looking for work. They literally have NO money. He probably won’t be able to come back until January, but he is reading the Book of Mormon, and he wants to be baptized real bad. He’s going to start attending church where he is right now.

One of their converting experiences was when the three-year-old was really sick. The whole week he’d had a terrible cough, and he was getting worse and worse very rapidly. We gave him a priesthood blessing. The mother later told us in tears that the next day he was almost completely better and the day after his health was impeccable.

The only way this can happen is through the authority and power of God. Only one church has this authority. Why? Because Jesus only established one when He was here. There is only one right way to Him. I know this is the Way, because this church has the power of His priesthood; the authority that the Savior himself used in his earthly ministry. There’s no question. Want to find out how we have this authority? Talk to your nearest missionaries. They’re doing what I’m doing here, informing people of Heavenly Father’s wonderful plan for us. I know that the Book of Mormon is true and it is my responsibility to bring other people to know of its truth as well. So I invite every one of you to read it and pray to know if it is true. You can know of its truth more strongly than anything else in the world. I am a witness of that. You just have to read, and God will do the rest.

The weirdest thing I’ve eaten is monkey. Which is pretty good. Not great, though. It’s basically chicken, but a little chewier and drier. There are no Chic-fil-As. Or good pizza. (I actually miss good pizza more than any other food.) There’s no fast food here, not even in San Andreas (the nearest city). They have stuff like KFC and Carl Juniors and Dominoes in Veracruz (city, four hours away). Just not here. But no Chick-fil-A.

I miss all you guys. Just hanging out and having free time to spend with the people that I love (not having it) is the hardest thing about a mission. But it’s okay. I wouldn’t be anywhere else right now.

The senior couple here took us out to an expensive restaurant (they do have some of those here) where we could get meat. Another beautiful sunrise in our little village south of Tuxtla. It was better than the picture. 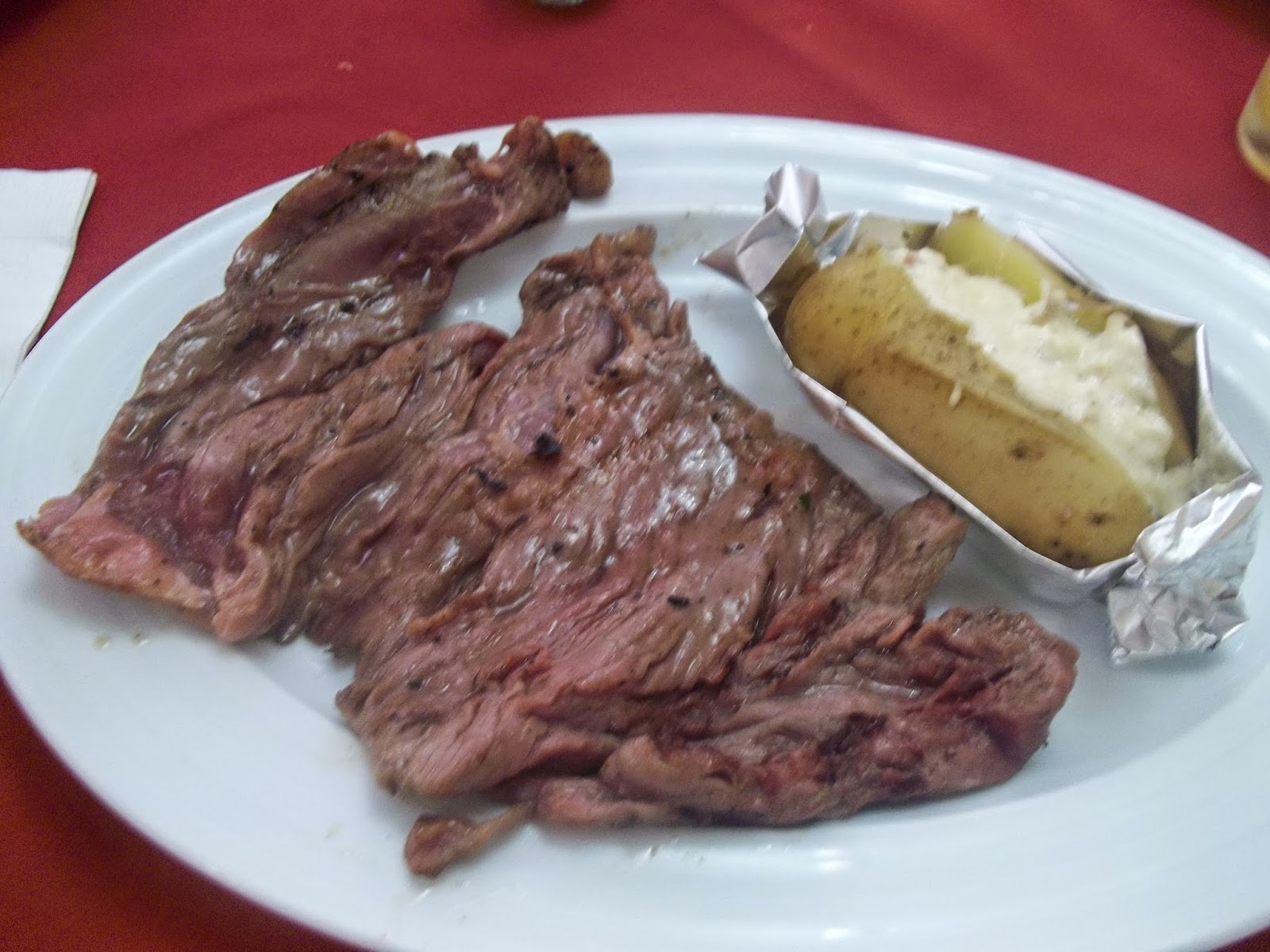 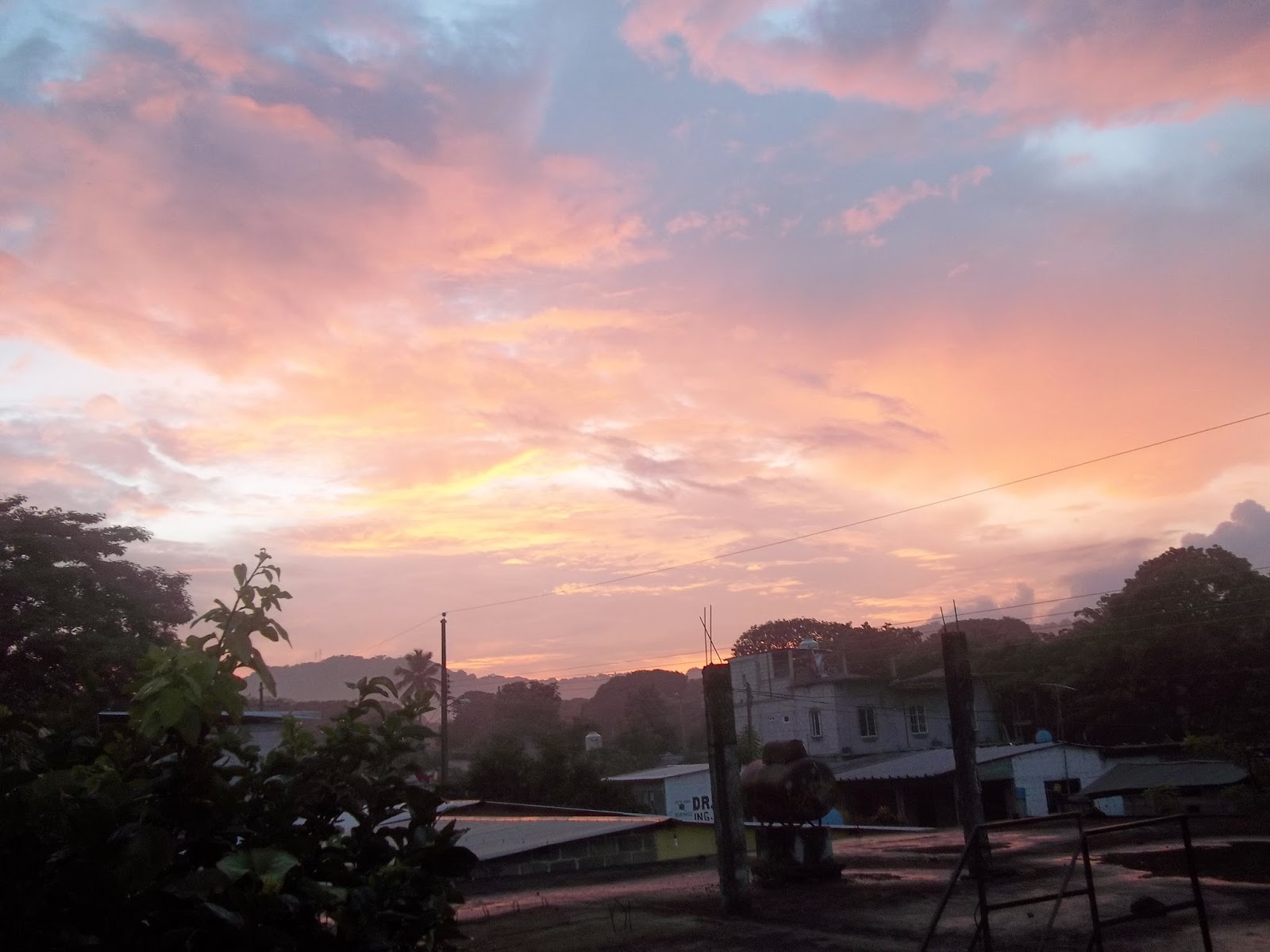 Posted by Cordell Thompson at 3:27 PM